by Dr. Maureen
in Cat Supplies, Cats, Grooming & Care
10
SHARES
6.1k
VIEWS
Share on FacebookShare on Twitter
This post contains affiliate links, and we will be compensated if you make a purchase after clicking on our links. Learn more.

Worms are a common cause of veterinary visits. There are various types of worms that affect kittens. Roundworms are passed through breast milk. Tapeworm infestation occurs when kittens swallow fleas containing eggs while grooming which hatch in the gastrointestinal tract.

They can be found in stool or hindquarters and look similar to grains of rice. Hookworms are passed through ingestion or skin contact. They reside in the small intestines and lead to anemia. Heartworms reside in the heart muscles. They are passed by mosquitoes.

Deworming a kitten regularly once every two weeks up to 3 months followed by once every month until 6 months and once every 3 months thereafter helps to keep them at bay. 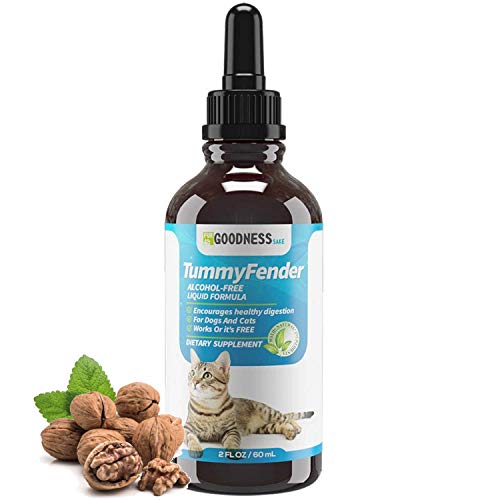 This product is made by Bayer Animal Health for the treatment of tapeworms. It contains praziquantel as the active ingredient.

Praziquantel works by affecting the permeability of membranes of worms. It causes an influx of calcium into the body of worms through the membranes. This causes muscular contraction leading to spasms, paralysis, and finally death of tapeworms.

This dewormer contains praziquatel which is only effective against tapeworms. It can be given to kittens over 6 weeks of age and dogs over 4 weeks of age.

This is a broad-spectrum dewormer is effective against tapeworms, hookworms & roundworms. It contains 18.2 mgs praziquantel and 72.6 mgs pyrantel pomoate as the active ingredients.

Each pack contains 50 tablets which is efficient especially in animal shelters (value for money). It is effective against roundworms, tapeworms, and hookworms. Safely used in cats over a month old weighing not less than 1.5 lbs

This dewormer comes highly recommended by veterinarians. It’s effective against tapeworms, hookworms, and roundworms. It is also efficient for animal shelters.

Healex cat dewormers are broad-spectrum dewormers active against both tapeworms and roundworms. It can also be used in kittens.

These dewormers contain 10 small and easily breakable tablets making them easy to administer. They can also be crushed into powder and mixed with wet food. They are active against both tapeworms and roundworms.

These dewormers are effective against tapeworms and roundworms. They also offer good value for money with each pack containing 10 tablets.

This dewormer comes packed in a box (1.57 inches by 2.36inches). Each bottle contains 3 tablets and can be broken down and mixed with food or given on its own.

This dewormer is best used in households with one or two kittens. It’s effective against roundworms and tapeworms. Each bottle contains 3 tablets.

This is an all-natural no chemical dewormer. It can also be used to prevent worm infestations. It can be used for both cats and dogs.

This liquid dewormer is made from organic herbs. It is used to prevent tapeworm infestation in both adult cats as well as kittens.

This dewormer not only improves digestive health it also actively prevents worm infestation. It is made from organic herbs. It is safe for use in both cats and dogs with no reported cases of adverse side effects. Its liquid formula makes it easy for administration and also the inclusion of a liquid dropper.

The importance of deworming kittens

Worms are an important cause for veterinary clinic visits. They can be very detrimental to the health of kittens as they leach valuable nutrients from the kitten’s gastrointestinal tract.

The most common worms affecting kittens include hookworms, roundworms, tapeworms, lungworms, and heartworms though rare.

Most worms are passed through ingestion of stool of food contains eggs or larva of worms or through intermediate hosts e.g. fleas in tapeworms and mosquitoes in heartworms.

Hookworms which like to reside in the small intestines suck blood and can lead to anemia and bloody diarrhea. They are passed to kittens either through penetration of the skin or ingestion of feces containing eggs of hookworms.

Roundworms on the other hand are passed through breast milk to kittens and end up in the intestines. Heartworms are also known to cause serious respiratory complications. They can lead to coughing and asthma-like attacks.

Tapeworms are passed through the ingestion of fleas during grooming. They contain the eggs and act as intermediate hosts. They can cause an obstruction in the gut which can be fatal leading to death.

Common signs of worm infestation include:

Worms are usually diagnosed by doing a stool test. Eggs of worms are observed in the stool through a microscope.

When to deworm kittens

Kittens should be dewormed from 2 weeks of age. This is because as mentioned above, roundworms are passed to kittens through breast milk.

This should be continued every two weeks until the kittens are 3 months old. Thereafter deworming should be carried out once every month up until 6 months when they are considered adult cats.

The manufactures instructions should be followed to avoid adverse side effects. Most dewormers are given as per the bodyweight of the kitten. However, after drug administration, vomiting, diarrhea, and release of dead worms in the stool are normal.

It is also important to get rid of intermediate hosts which help to propagate the worm’s lifecycle. In the case of tapeworms, good flea control is important. This can be done through either use of collars, oral medication, or topical insecticides.

Clearing bushes and stagnant water goes a long way in controlling mosquitoes. Rodents also act as an intermediate host in some instances and should therefore be controlled. Good sanitation practices around the home also help to keep worms and their intermediate hosts at bay.

Worms are such as hookworms, roundworms, and tapeworms are commonly found in kittens. They can affect kittens which can lower their body defense against infections.

They usually get infected either by ingesting food material or feces containing the eggs of worms. Ingestion of intermediate hosts such as rodents and fleas can also lead to infection.

In the case of roundworms, they are passed to the kittens through breast milk. Deworming the queen soon after birth can help prevent transmission. Signs of worms usually include pot belly appearance, vomiting, diarrhea, a rough hair coat, anemia in the case of hookworms among others.

Pet owners can at times see worms expelled through stool, vomit, or in the case of tapeworms; segments can be seen on the hindquarters. If observed a visit to the veterinarian will help confirm the diagnosis by observing eggs in a stool sample.

Here are our reviews of today's best kitten dewormers on the market.

We collect information from many stores for best price available

How Long Can Cats Go Without Eating?

Finding the best wet food for your aging cat is easy $15.36

We've reviewed the best flea shampoos for dogs to help you $4.99